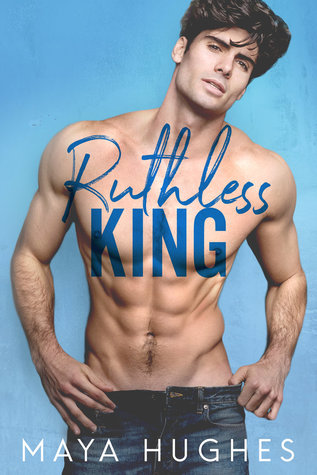 We were high school sweethearts. I was head over heels for her and no one could tell me we weren’t going to last forever. College? Going pro? My family’s money? None of it mattered. She was all I needed.

Then she ripped my heart out. But I’m not going to let that happen again.

She’s back. Invading my life and acting like she was the wronged one. The pain is still there, but I can’t keep my eyes off her. I can’t stop thinking about her and how much was left unsaid between us. Being this close is making me question everything I thought I knew about her.

This time everything will be on my terms. Everything…

I have been dying to read Avery and Emmett’s second chance romance since starting Kings of Rittenhouse. Once having experienced an enviable, near perfect romance, only to have that dream shatter, ending tragically, Avery and Emmett’s relationship started to be filled with undeniable animosity. And many questions started swirling in my head, piquing my interest, about this couple’s reasons for separating.

Avery Davis had dismantled me and left me as a shell. Even knowing the pain she’d caused, every night I closed my eyes, it was her I dreamed about.

Complete, utter disappointment consumed me when we finally received details about the separation. I understand that sometimes a situation appears worse than it is, but unless you really saw something, or find definitive proof, having a smidge of maturity really saves a person from experiencing unnecessary heartache. Miscommunication is my least favourite reason to separate a couple for prolonged periods of time.

Avery could have been honest, saving herself being subjected to bullying by an ex-boyfriend, but instead remained quiet about everything that happened. She didn’t trust herself, nor her relationship. I experienced inconsistencies with her less than fabulous personality—one minute, she’s angry at Emmett for not believing her; the next, she admits she didn’t want to cause issues by upsetting Emmett. You can’t be annoyed at someone over a situation you’ve been secretive and dishonest about.

“I never stopped loving you. Even when I hated you with all of my being, even when I hated myself for it and wished I could carve my heart out of my chest, I still loved you.”

I started enjoying this more towards the end, because the narrative moved forward and the characters developed some. However, relationship development felt stagnant. I have some very good feelings regarding Ford and Olivia (that ending!) in Fearless King. If you love second chance sports romance, I recommend reading this series! 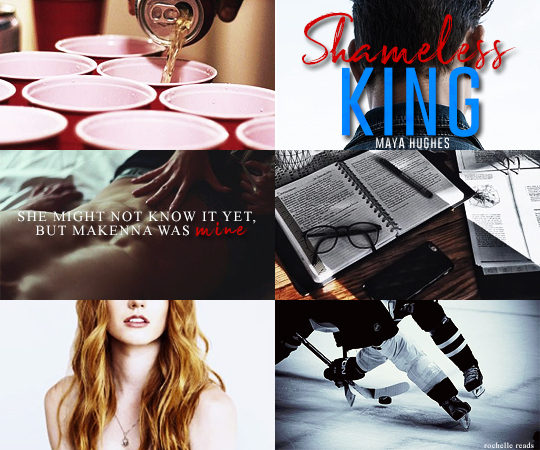 After a blow out in high school, Makenna Halstead and I were happy to never have to cross paths again. Except life has a way of knocking you straight in the teeth with a puck when you least expect it. She hasn’t just returned to my life, she crashed into it like a wrecking ball…into my college kingdom, into my class, and smack dab into the seat next to mine. My new lab partner to be exact.

For years we hated each other… I may be King on the ice, but she is the Ice Queen. She has no problem calling me out, doesn’t back down, and her piercing blue eyes have me picturing more than than just my arms wrapped around her.

Now we’re stuck with each other and there’s no getting around that fact that we have to work together. My hockey career hangs in the balance. Problem? Oh, yeah.

I can’t deny it. I want her. More than I ever thought I could want a woman. I’ve got one semester–only four months–to convince her everything she thought about me was wrong.

Will my queen let me prove to her I’m the King she can’t live without?

Only one way to find out…

I hadn’t planned on him at all, but sometimes life had a way of interfering with the best laid plans.

So, when Maya Hughes appeared on my radar, I almost died of happiness. Shameless King features my sacred triad: college setting, sports romance and enemies-to-lovers trope. I couldn’t want anything more. So why not five stars? Because after some deliberation, I realised some things prevented me from wanting to rate Shameless King that.

» Too much repetition during the beginning.

» Character development could have been more rounded. Relationship wise, Declan and Makenna showed significant progression and this was demonstrated well. However, their individuality felt flat and two-dimensional at times.

» Declan’s personal issues were kind of awkward, making it difficult for me to fully wrap my head around it. It could have become a significant point of contention with some more work, rather than leaving it as what feels to me to be a minor background annoyance.

Outside of these points Shameless King is still an enjoyable read that matched my criteria. I’ve been desperate for another hockey romance.

Seeing her this open and needy and demanding, all wrapped into one beautiful package, made my cock throb in anticipation of giving her everything she needed.

Something readers either don’t mind or absolutely detest is an overwhelming amount of character introductions. And that happens in Shameless King.

In between meeting the five Kings of Rittenhouse and various side characters, Ms. Hughes doesn’t divulge too much information, leaving an air of mystery to surround these vastly different personalities. While Declan wasn’t my ideal candidate, Ford one hundred percent is, with his shy and mysterious personality. I cannot wait for his book!