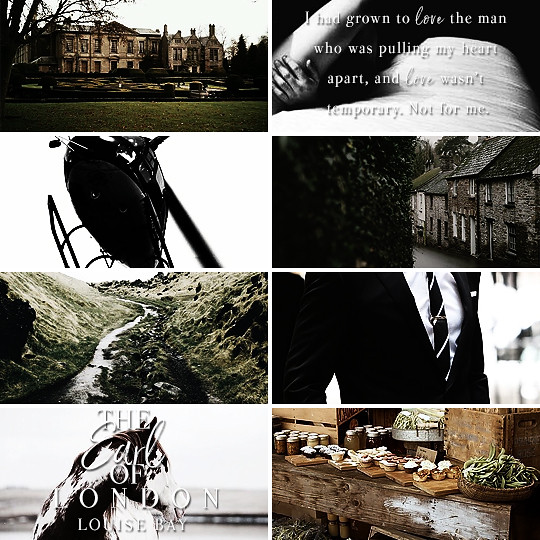 The Earl of London

I date. I’m all for giving guys a chance. I’ve just never met the one.

Until on a spring morning in the English countryside, a tall, dark stranger emerges from the mist. Logan Steele is all tousled hair, hard chest and lips so perfect I want to reach out and touch them just to check they’re real. I’m sure that’s a thunderclap of chemistry I feel between us.

Did I mention he’s an Earl with a self-made fortune?

A billionaire who works tirelessly for charity?

And he’s so hot, watching him is like staring at the sun.

But like I said, love isn’t rooting for me.

When I find out Logan Steele is out to destroy everything I’ve dedicated my life to protect, the chemistry disappears and the hope that had blossomed my chest turns to rage.

It no longer matters that he quickens my pulse just saying my name, weakens my knees with a single touch and that he might just be the greatest kisser that ever lived.

I might believe in love but Logan Steele is definitely not the one.

Whenever I’m finished reading this author’s most recent release, I fall in love with England, over and over again. In unique ways, this story provides an intriguing historical romance meets modern England vibe, with an enemies to lovers theme weaved throughout, an antagonistic hero and passionate heroine reminiscent of Jane Austen’s novels.

I knew who I was and what I was capable of. I understood that however amazing tonight had been, this was where it ended. Because it was all I had to give.

During my trip to England, I also fell in love with its countryside. From green endless forests and rolling hills, to the beautifully crafted quaint houses, it is difficult to find fault with it.

I totally understand Darcy Westbury’s irrevocable love for her hometown and the strong, childhood memories she associates with it. However, whenever she was questioned as to why she wanted to preserve her home’s natural state, words seemed to escape her. I couldn’t understand her obsession with keeping everything as is.

Darcy’s personality became tolerable maybe halfway through, when her strong, admirable characteristics started to shine. But, the only reason her character became easy to like is because she changed her opinions on Logan Steele. Prior to changing, she comes across as awfully immature and condescending, turning everything into some kind of debate or pettish game simply because she cannot accept change.

She was all fire on the outside and cool breeze on the inside, and I wanted to dive in and experience it all.

Logan is someone you’ll either love or hate. In some aspects, he comes across as unfeeling and disinterested, especially within business, as his childhood has transformed him into someone determined, arrogant and self-centred. He isn’t difficult to understand. Rather he is difficult to love because, similar to Darcy, he doesn’t change until halfway. Before that, he is crass. An awfully cliche wealthy businessman.

Thankfully, I haven’t been reading many cliche stories, so my patience for this was high. I don’t mind a manwhore anyway; I do mind reading what he does with others in explicit detail though. And this was almost borderline.

Personalities aside, Darcy and Logan transform as individuals, as well as together. They have interesting chemistry that’s quite tantalizing (ignoring Logan’s constant usage of “good girl”). 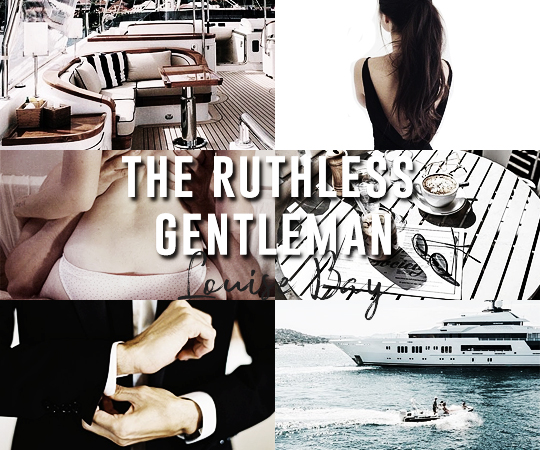 As a chief stewardess on luxury superyachts, I massage egos, pamper the spoiled and cater to the most outlandish desires of the rich and famous.

I’ve never had a guest want something I can’t give them. Until British businessman Hayden Wolf comes aboard—all sexy swagger and mysterious requests.

And Hayden Wolf’s a man who’s used to getting exactly what he demands.

Despite being serious and focused. Demanding and ruthless. He’s also charming when I least expect it as well as being devastatingly handsome with an almost irresistible smile.

But guests are strictly off limits and I’ve never broken a rule. Not even bent one. My family are depending on me and I can’t lose my job.

Only problem is Hayden Wolf is looking at me like I just changed his life. And he’s touching me like he’s about to change mine.

The Ruthless Gentleman focuses upon the burgeoning and titillating sexual tension between a British businessman and a loyal, hard-working chief stewardess. Set within a yacht gliding through the Mediterranean, there’s forbidden romance, passionate chemistry, intrigue, mystery and suspense.

“I haven’t thought about what happens when I leave this boat,” I said. “But I know that I can’t ever imagine not wanting you in my life.”

Chief stewardess Avery Walker is ready to visit her family in Sacramento, but when her captain requests a last minute, two month season along the Mediterranean, tending to some lone, mystery client, she agrees. She could use the money for her brother’s staggering medical bills.

Someone’s been leaking information to Hayden Wolf’s business competition, making his ventures difficult and his investors concerned. With this unknown threat coming from within his own company, discretion is paramount. For the next two months, he’ll be living aboard the Athena while his brother tries to uncover the traitor.

Despite crew members having undergone extensive background searches, no one is allowed to contact family and friends through phones or laptops. More important, crew members are prohibited from entering Hayden’s private chambers except for the chief stewardess.

Avery and Hayden develop an undeniable connection the more time they spend together. However, with a strict non-fraternization policy between employee and yacht guest instilled, Avery cannot afford to put her career in jeopardy. And with Hayden focused on closing this long awaited business deal, he can’t lose sight of what he needs to appease his investors.

No matter Avery’s sweetness and Hayden’s charms, they need to resist each other, but is it worth risking everything they have?

She was my sunset and my sunrise. My choppy waters and my calm seas. My everything.

I wholly admire Avery’s tenacity, undeniable strength and unquestionable loyalty towards her family. I cannot imagine being parted from family and friends for extended periods of time. Yet she’s ready to sacrifice virtually everything to ensure her brothers has the opportunity to live a better life.

When Hayden isn’t being demanding, he is quite charming. A suit-wearing dominant male inside the boardroom and bedroom. Handsome beyond words; aloof yet polite. He is hard working, having spent years rebuilding his family’s reputation after petty revenge caused it so crumble.

The Ruthless Gentleman is slow burn, but there is an intense build up of sexual tension. I loved the push and pull of chemistry, that moment when they finally gave into their desires and realised everything is worth venturing into, even if it endangers their integrity. They share a strong connection that bounces across the pages.

From the romantic, picturesque ventures through Taormina and the sizzling encounters abroad the Athena, The Ruthless Gentleman is easy to love. It has deceit, intrigue, mystery and revenge; chemistry and forbidden romance; an independent, sacrificing heroine; a demanding, alpha-male hero.

Enjoyed this review? You can also read it on Goodreads!